Tuesday 7th February 2017 – Today marks 50 years since fires ravaged southern Tasmania, for the first time entering suburbia and coming within two kilometres of the Hobart Post Office. Like Canberra in 2003, people still had the idea that bush fires only happened in the bush. Indeed, other fires like the Black Friday fires of 1939, whilst destroying 5 townships, was confined to the alpine and bushland areas of the mountains.

The winter and spring of 1966 had been wet, meaning that there was an unusual amount of plant growth. Come November however, Tasmania was treated to the hottest and driest summer since 1885. February 1967 arrived, with high temperatures, low humidity and very strong winds from the north west. One hundred separate fires were burning by the 7th February, eighty eight of which – it was determined – were started deliberately. 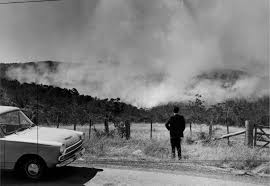 “…the report prepared by the Solicitor-General of the day, DM Chambers, and the Master of the Supreme Court said that many of these fires were caused by escapes from incinerators, breakaways from rubbish dumps, arson or landowners burning off without permission from a fire warden or in defiance of a permit being refused.” 1 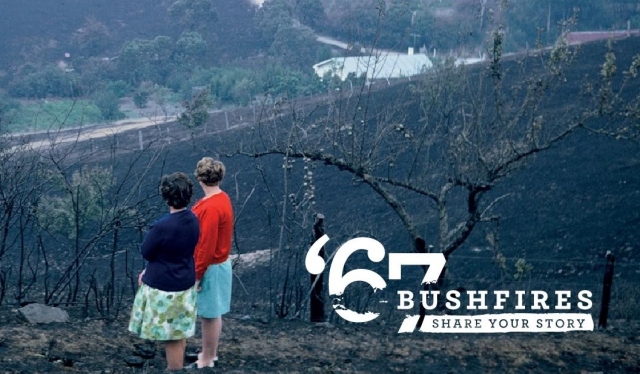 In 2007, on the 40th anniversary, Christine Milne addressed parliament: “It was a trauma for Tasmania. It is a small community and everybody knew someone who was in some way affected.”
That includes my family. My grandparents and my father were actively involved in fighting fires, trying to survive and losing material possessions. 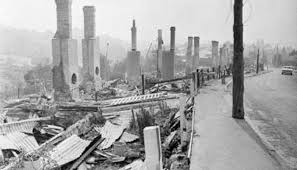 As a teen I was inspired by this tale of our history to write the story. I’m not sure what caught my interest back then, but I know that when Dad wrote his memories of that day for the Channel Heritage Centre a couple of years ago, what caught me was the realisation of what a close thing it was. Dad coming home and finding the house full of smoke, not knowing where his mother was – I can just imagine the anxiety and dread. I can only imagine what Grandma, Dad and one of their neighbours sheltering on the edge of the dam, went through. Everything but the orchard burning. The smoke would have hung over them, the roar of the fire and the massive explosion of the newly filled fuel drums exploding would have filled their ears.

The 62 deaths represent the greatest number to perish as a result of a one-day natural disaster in Australian history. But as evidenced by the Australian people’s response in other tragedy’s before and since 1967, the generosity of Tasmanians and also mainlanders, was significant.
“Tasmanians faced with a large natural disaster…are incredibly generous, and at that time we were supported by the generosity of many people from the mainland. …We were overwhelmed by people sending clothes and the necessities of life. People gave up their shacks and any other accommodation they might have had to house people in the interim while they rebuilt their properties. I also want to acknowledge the fantastic efforts that community members and volunteers generally made, risking their own lives in many cases to help others.”2

I am pleased to say that I have been able to publish the story of my family in this event. It is a story that children can enjoy and I love that while it is about the grey Ferguson tractor, it is a true story. A story that brings to life an event that is fading into the mists of last century’s history. 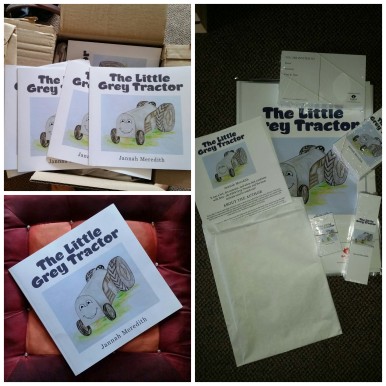 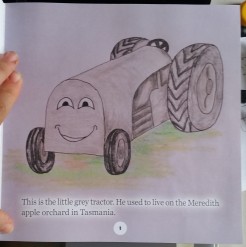 Whilst the tractor has passed from our family’s hands, he has found a great owner in the Reardon family at Lymington. And he is still employed harrowing and plowing. 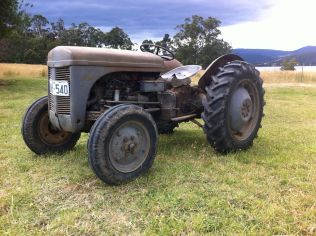 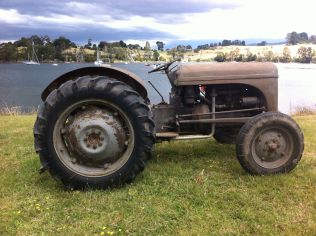 In just twenty days, on the 7th February, it will be the 50 year anniversary of Black Tuesday. Bushfires that claimed 62 lives, injured over 900, and burnt through over half a million acres of land in Southern Tasmania. Over 3000 homes and buildings, 1500 motor vehicles and 80 bridges were destroyed, and at least 62,000 farm animals killed.

There was 110 fires burning prior to this date, and many of them joined up to become an inferno. The worst of them was the Hobart one, which came within two kilometres of the CBD. It was a catastrophe of mammoth proportions both economically and personally. The total damage amounted to $40M in 1967 Australian dollar values. Seven thousand people were left homeless; including my father, his parents and siblings.

As a child I had heard the family story and as a teenager I wrote a childrens story for an English assignment, using this event as the background. 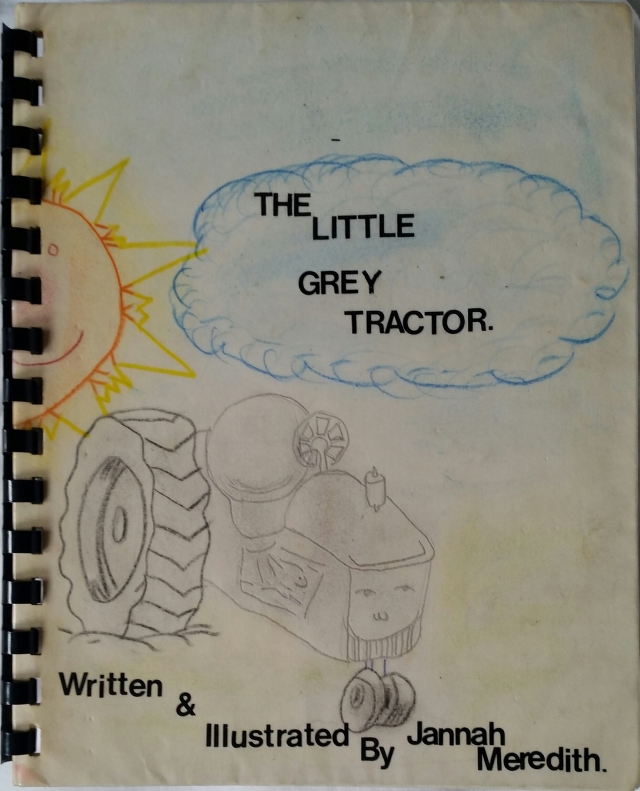 In 2015 we had an extended family reunion, for which I had been reworking the twenty-six year old story. Dad gave a 10 minute telling of his experiences there, and then a year later was asked to write his memories of that day by the Channel Heritage Centre in Margate, which has a special section devoted to the Black Tuesday fires.
Some details of the story were new to me – or I had forgotten about them. Either way, they were written into the story, which has only added to the drama and poignancy.

Last week, TOLL hand-delivered to me, the first copy of this book. Initially I was going to have an artist illustrate the story, but it became something I took on to save a little money. Drawing, when you haven’t been in the flow of it, doesn’t come easily. However once I started the pictures seemed to flow from the pencil, far easier than I expected. Dealing with the publisher has given me some stress and annoyance. Needless to say there were many lessons learnt.
I am so pleased that the sometimes fraught, often challenging journey to publish this essentially family story, is complete. 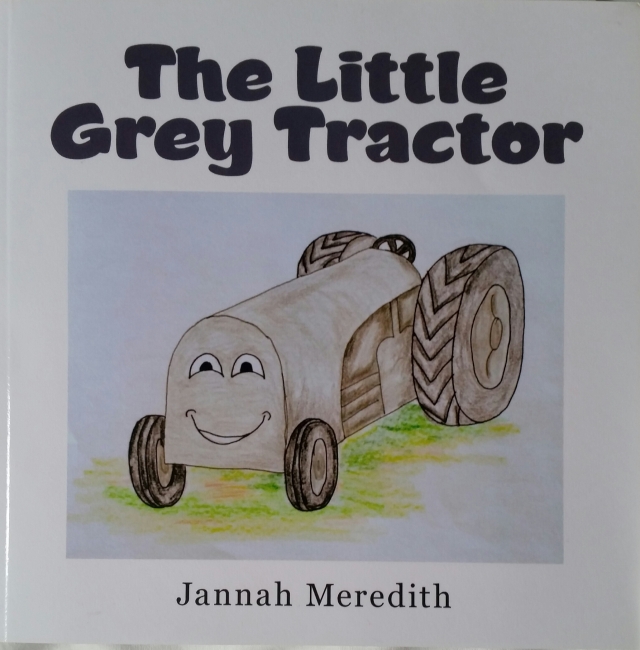 In a few weeks, I hope to have copies of the book available for those who wish to purchase it.